Blood In, Blood Out Not the Same; A Bit Worse 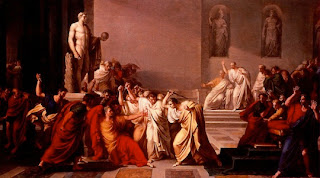 Stop acting surprised!  Can’t you see that the bigger a thing gets, the more corrupt it becomes?  Wake up!…and welcome to today’s medical industry.  Yes, the same medical industry that has brought us Quackwatch, medical ethics, and the healthcare monopoly–oh, that medical industry.  Yes, yes, yes…not the glorified one depicted in Grey’s Anatomy or the talk show circuit, but the real deal.  Oh you really don’t know?  Hmmm..all right, check it:Device manufacturing giant Medtronic, and doctors paid by the company to carry out research, are under investigation by the Senate Finance Committee to determine whether the company failed to report serious side effects from the bone-growth agent Infuse in clinical studies. 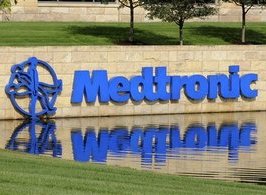 The product was introduced in 2002 to help bones heal after spinal surgery and has been used in about 500,000 patients.  Since its arrival on the market, it has also been linked to some cases of cancer, male sterility, throat swelling and leg pain.  Some doctors in the spinal community believe that a “small number, fewer than five” fatalities may have even resulted from its use, though no published data points to any deaths.

Medtronic, its paid researchers, and its practices were attacked by a prominent US medical journal, The Spine Journal, its authors alleging that they failed to report adverse events to the journals that publish them.  Through thirteen trials involving 780 patients, “industry-funded researchers did not report a single adverse advent involving Medtronic’s Infuse Bone Graft,” said the three US-based doctors that co-authored the review article.

The reviewers went on to point out that the paid researchers of “nearly all the trials had financial ties with the manufacturer, with investigators earning as much as $26 million per study.”  The product brings in about $900 million in annual revenues for Medtronic, according to US media. 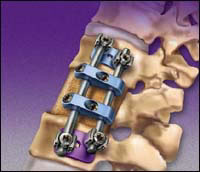 In 2008, the US Food and Drug Administration (FDA) issued a public health notice about “life-threatening complications” associated with the product, also known as recombinant human Bone Morphogenetic Protein (rhBMP), when used in the upper or cervical spine.  According to the FDA:

“FDA has received at least 38 reports of complications during the last four years with the use of rhBMP in cervical spine fusion.  These complications were associated with swelling of neck and throat tissue, which resulted in compression of the airway and/or neurological structures in the neck. Some reports describe difficulty swallowing, breathing or speaking.”

Last week the Senate Finance Committee sent a letter to Medtronics asking it to “produce documents related to its controversial bone growth product Infuse.”  The senators raised concerns that the company knew of the adverse effects of Infuse but failed to report them.  Now why would a medical device company do that?  Here are $900 million reasons, which is the annual revenue brought in by Infuse. 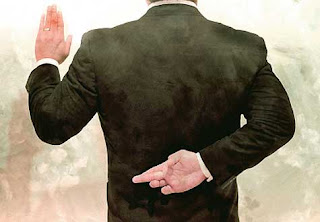 Listen, I’m not a “medicine and Big Pharma are evil” kind of guy.  On the contrary, I believe strongly that both industries are invaluable to human life and progress.  However, anything that gets too big, gets corrupt; and modern medicine is not immune.  Bravo to to the doctors calling out Medtronic for its heinous practices.  They knew, and they hid, the truth–that deserves the highest punishment…whatever that is.

But don’t for a second think that as western medicine grows to its behemoth monstrosity that it is above influence, corruption and greed.  We all are.  The bigger we get, the more we think we are above the rules…and doing what’s right.  The medical industry is all of us, our potential unleashed.  Let us be the ones, then, to rein it in.