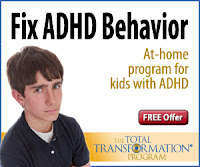 So last post I discussed how all industries have an inherent drive toward sustainability.  It’s only natural–no industry will work to render itself obsolete.  This is my best explanation for the significant rise in ADHD diagnoses over the last decade.  As that industry grows, many mouths are fed, from the diagnosticians, to the experts and researchers, to the drug manufacturers, to the authors, to the critics, and the list goes on and on.

Researchers from the U.S. Centers for Disease Control and Prevention found that between 2007-2009, an average of 9% of children between the ages of 5 and 17 were diagnosed with ADHD. This compared with just under 7% between 1998-2000.  Again I ask the question: Are more children being born with this disorder every year?  The genetic explanation is always popular, you know.  Or is it something in the environment?  Video games, social media, what? 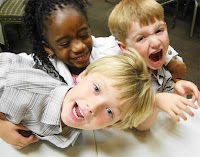 Further, researchers have found a narrowing of prevalence among racial groups–that is, whites, blacks and some Hispanic groups are being diagnosed in comparable numbers.  You don’t say?  With Obamacare on its way, you bet I do.

But astute doctors understand that increased numbers do not always tell the whole story.  According to study author, Dr. Lara J. Akinbami, a medical officer with the National Center for Health Statistics, “We don’t have the data to say for certain what explains these patterns, but I would caution against concluding that what we have here is a real increase in the occurrence of this condition.”  Precisely.

“In fact, it would be hard for me to argue that what we see here is a true change in prevalence,” Akinbami added.  “Instead, I would say that most probably what we found has a lot to do with better access to health care among a broader group of children, and doctors who have become more and more familiar with this condition and now have better tools to screen for it. So, this is probably about better screening, rather than a real increase, and that means we may continue to see this pattern unfold.”  Bingo! 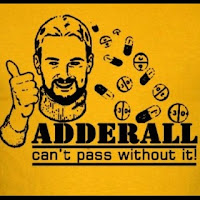 You see, better access means “more widely accepted”, and therefore, “reimbursable.”  That is exactly why it is being diagnosed across a broader racial spectrum.  Universal health care means, “every ADHD diagnosis pays.”  No worrying about the uninsured; everybody has the right to have a child labeled ADHD now.  What a magnificent country we live in–equality at its finest.

And “better tools to screen for it” means, “wider, more accepted parameters; acceptance of subjective criteria used by diagnosticians to account for variability, as this is a mental condition.”  So darn near any non-conforming kid is a candidate for ADHD drugs, like Adderall or Ritalin, and the industry continues to sustain itself.  According to the National Institutes of Health, ADHD is the most common behavioral disorder among children.  Well, no shiitake mushrooms–I hope you see it, too.

This is really an interesting phenomenon if you take the time to analyze it.  The industry will keep growing, and it won’t change until parents say, “Enough! No more!”  No more drugging my children, no more labeling them as dysfunctional, no more holding my child back because teachers don’t understand how to inspire him, no more discouraging my kid by assuming something is wrong with him because he doesn’t care about the same things an outdated school system tells him to care about.  It won’t change until parents wake up.

Don’t believe me when I tell you the ADHD industry is growing by keeping itself relevant and sustainable?  We’ll let the good doctor, Akinbami, explain it in her own words:

“Children of ADHD use a lot more health care dollars than their peers, because the condition itself requires a lot of monitoring. And they are also much more likely to have other chronic health care conditions, such as asthma or learning disabilities or conduct diagnoses like conduct disorder, which makes managing them for schools and physicians and parents much more difficult. So, it’s clearly something for public policy experts to be concerned about.”

In other words, “Not done growing.”  I’ll keep opening my big mouth until people get it.