Wanna see how economics fuels the growth and sustenance of a medical industry niche?  Check it: A new government survey reports that children diagnosed with ADHD has increased significantly over the last decade.  You don’t say?  Yes, I do.  Does this mean that more children are being born with ADHD every year?  Or maybe environmental conditions are increasing the risk?  I’ve heard those childhood vaccinations are pretty bad, but… Anybody who reads this blog knows my impression of the ADHD industry.  I mean, I dedicated the entire month of December 2010 to this non-condition, this normal variant.  So what gives on the rapid increase?

To get a clearer picture, it might be best to start with an analogy, let’s say the auto-mechanics industry (easy choice for me, but could choose any industry, including chiropractic).  So, let’s say auto manufacturers become so good at their craft that the amount of cars needing repair decreases dramatically.  This would present quite the conundrum to the auto-mechanics of the world, considering their livelihood is dependent on fixing cars. 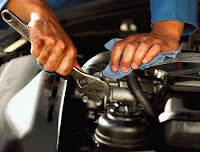 So let’s say, despite the decrease in repair needs, people still need to get their oil changed, so reasonably they go to a garage to have the service performed.  While under the hood, the astute mechanic notices a leak in the transmission and fluid leaking throughout (not too hard to plant oil with a spray canister and some used motor oil).  Uh oh…looks like you need some work done.  In fact, leaking transmissions seem to be on the rise–not surprising as many, if not most mechanics, would need to play along if their family is to eat this week.

Okay, you take it to the dealer for a second opinion.  Well their mechanics need to feed their families too, so guess what?  You got it–leaky transmission syndrome (LTS).  In fact, it has become epidemic.  You see, global warming has increased temperatures to such a degree that motor oil now gets heated to even higher temperatures, plus the fuel coming over from the middle east is now of such poor quality, that it tends to open portions of the transmission allowing leaks.  And there is nothing that can be done about it, except take it in to garages, have the transmission rebuilt and sealed with a special sealer that needs to be re-applied every six month, and…you get the point. 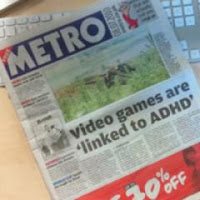 You see, no industry is going to make itself obsolete.  None.  Which shouldn’t be disheartening, because commerce is what makes the world go ’round.  We do all have to eat.

But my problem with this happening in medical care is that we are not talking about something as replaceable as a car.  We are talking peoples’ bodies, their health.  Believe me when I say this is happening in the ADHD industry today.  You can read or re-read my posts from last December to get some background on this complete sham of a disorder.  Then check in for the next post where I’ll discuss the latest info confirming to me how the ADHD industry is keeping itself relevant and sustainable.