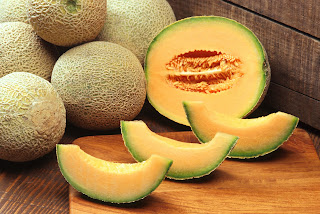 A quick post on a serious food warning: Don’t eat the cantaloupe!  Federal health officials are warning that cantaloupes produced at Jensen Farms in Colorado is being linked to 72 illnesses–including up to 16 deaths–in 18 states due to a Listeria outbreak. This is the deadliest food outbreak in the United States in more than a decade.

Although CDC experts report that the contaminated cantaloupe is solely from Jansen farms, making all others okay to eat, I personally wouldn’t eat any.  My feeling is that unless you can confirm the source of the cantaloupe, I wouldn’t take any chances.  Sure the CDC says that any melons produced outside of Jensen Farms is safe for consumption, but does your cantaloupe have that printed on the side.  Are you really going to call the grocery store and ask if their cantaloupes are from Jensen Farms?  Then throw it out.  Lose the $1.50, save your life, or at the very least, save your peace of mind.

The FDA said none of the cantaloupes had been exported, reversing an earlier statement that some of the tainted melons had been shipped abroad.

FDA Commissioner Margaret Hamburg said that illnesses are expected for weeks to come because the incubation period for listeria can be a month or even longer. That means that someone who ate contaminated cantaloupe last week may not get sick until next month. Jensen Farms last shipped cantaloupes on Sept. 10. The shelf life is about two weeks.

Listeria is generally found in meat and unpasteurized dairy products, but cantaloupe has been linked to other pathogens, like salmonella, over the last decade.  Saying that, health officials are truly surprised about the latest outbreak.

Listeria is more deadly than well-known pathogens like salmonella and E. coli, though those outbreaks generally cause many more illnesses.  It generally only sickens the elderly, pregnant women and others with compromised immune systems.  The CDC said the median age of those sickened is 78 and that 1 out of 5 who contract the disease can die from it.   Symptoms include fever and muscle aches, often with other gastrointestinal symptoms.
Listeria bacteria can grow at room temperatures and even refrigerator temperatures, and it can linger long after the source of the contamination is gone–health officials say people who may have had the contaminated fruit in their kitchens should clean and sanitize any surfaces it may have touched. 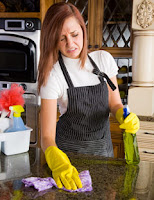 Cases of listeria were reported in California, Colorado, Florida, Illinois, Indiana, Kansas, Maryland, Missouri, Montana, Nebraska, New Mexico, North Dakota, Oklahoma, Texas, Virginia, West Virginia, Wisconsin, and Wyoming. The most illnesses were reported in Colorado, which has seen 15 sickened. Fourteen illnesses were reported in Texas, 10 in New Mexico and eight in Oklahoma.
Most healthy people can ingest listeria and they’ll probably be okay; however, it is often deadly to older folk, and it’s also dangerous to pregnant women because it can cross the placenta.  Two of the recent illnesses were in pregnant women, but they have since recovered.
Once again: Throw out them cantaloupes people–they’re just not worth the risk.
Copyright © 2013 Dr. Nick Campos - All Rights Reserved.