Serratus Anterior Exercises for Shoulder Pain Relief Hate to be the One that Tells You, but… 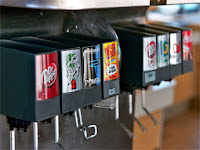 This may not be news, but soda fountains have been found to be rife with fecal bacteria. Just another reason to bypass drinking that nasty stuff. This story is nearly two years old, but the heebie jeebies remain. I was reminded of this grossness, while researching another piece, and wanted to share my thoughts.
If you hadn’t heard the story when it broke January of 2010, here are the details of the study conducted in a region of Virginia: 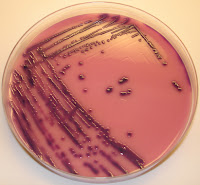 Okay, my thoughts: First, scientist have to practice caution with what they claim, so if they haven’t tested something in particular, they can’t make unsupported declarations about it. But I can! Fecal matter on soda fountains are probably from poorly washed hands. The only other explanation that it might be from the rags used to clean the machines is no great comfort. Either way, it’s unhygienic and disgusting.
Next, if soda fountains are contaminated, then so are the water dispensers. So I could easily say, just don’t drink the soda…but now were treading into deeper waters. If the drinking water also at risk, it really doesn’t make me feel comfortable. I guess bottled water is going to be in order. Cha-ching for the restaurants. Or maybe bring your own bottles…or, better yet, eat at home. 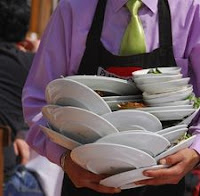 Finally, it’s true that this study was done in one small area in Virginia, but my guess is that if a nationwide study would be conducted, they might find similar results. You see, the problem is that soda machines have to be messed with (I worked in the restaurant biz for many years as a student)–the syrup needs to be changed, as does the carbonated water. Anything that needs to be handled frequently always has an increased risk. Further, soda machines are very often maintained by busboys and wait staff. Whereas kitchen employees may be extra cautious about hygiene, servers and bussers may not. And if it’s self-serve…ugh, even worse.

I am sure when the story broke, most restaurants heard the news and went through the extra-diligence to make sure cleanliness became godliness. But that was two years ago. Staffs turn over, and memories are often short; so whether or not the same hygiene is practiced today would be left to be seen. Saying that, I know that at most places where I’d worked hygiene was of paramount consideration.
My major message here is that sodas are nasty across the board. They are bad for your health, and when dispensed in a restaurant, they are at risk for contamination. Yuck! I am pleased that neither me nor my children drink that crap. I would advise you to stay away as well. Thought you’d want to know.
Copyright © 2013 Dr. Nick Campos - All Rights Reserved.