Don’t Look Your Gift Horse in the Mouth Women Over 50: Health Choices 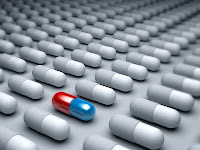 You may not know this but…sometimes drugs used to fight one condition cause other equally health damaging conditions. Take chemotherapy, for instance: it’s immunosuppressive. In other words, it kills all cells–cancer and healthy immune cells together. Not a great thing when the immune system works 24/7 to keep us free from infection and cancers. But that’s the idea–kill all the cells, and let the body rebuild itself with healthy cells, yet sans the cancerous ones.

How about other disorders, like the inflammatory bowel diseases (IBD). Immunosuppressive drugs are often given to people suffering from ulcerative colitis and Crohn’s disease too. These conditions are inflammatory in nature–that is, the body goes through major inflammation of the digestive tract, usually the small intestine or colon, leading to abdominal pain, diarrhea, and bloody stool among other symptoms. To combat them, immunosuppressants are often used to shut down the body’s immune system to prevent it from attacking itself (autoimmunity). Unfortunately, some patients are developing skin cancer as a result.

In a recent French study it was found that both past and present use of a widely used class of immunosuppressants called thiopurines significantly increased the risk of non-melanoma skin cancer in inflammatory bowel disease patients. The increased risk was seen in all patients, even those under 50; however, it increased with age. As a result, researchers recommend that anybody taking thiopurines now or at any time in the past protect their skin from UV radiation and receive regular dermatologic screening, regardless of their age. 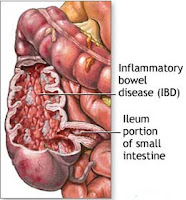 I find these results and conclusions rather harrowing for two reasons. First, I strongly believe that these conditions are related to lifestyle factors like diet and toxin ingestion (smoking, for example). Although not necessarily straight forward in which foods are the causative factors, I believe most everybody has foods that they are sensitive to. Unfortunately, they may be foods that aren’t generally recognized as allergens–like the common wheat or dairy–but nevertheless cause the body to respond defensively to them. Repeated ingestion will ultimately lead to inflammation, which can become chronic and thus classified as IBD.

Second, why the treatment option becomes an immunosuppressive drug, in my opinion, is that doctors are simply at a loss at what else to do, so they go for broke–they simply attack the symptoms, or the body’s response–quite foolish I believe. It is not surprising to me that the risk of developing skin cancer goes up. Duh! Suppressed immune system leads to increased infections and increased cancers.

Finally, I think it’s ludicrous that the answer is to “protect oneself” from the life giving rays of the sun. This is just another case of being at a loss. We can’t figure out why our blessed drugs and medical ideology aren’t figuring out this skin cancer thing, so it must be the sun. Uh yeah, the source of all life in the solar system; the entity which provides energy for all living things, and we shouldn’t expose ourselves to it. C’mon.

Further, this anti-sun sentiment has been pushed by dermatologists and the entire medical profession to the degree that people are coating their skin with chemicals so as to prevent themselves from getting the healing and life sustaining rays of the sun. Puh-leeze! No doubt, baking in the sun like a freakin’ piece of bacon is unwise…but so is getting no sun.
Please medical profession wake up! Drugs cause skin cancer, and the inordinate amount of people walking the planet on multiple drugs they take daily is just as likely the cause of increased skin cancer as sun exposure is, probably more so. Thank goodness time acts as the greatest of observation tools.
Copyright © 2013 Dr. Nick Campos - All Rights Reserved.