Addicted to Evolution Some Evidence on Obesity Model 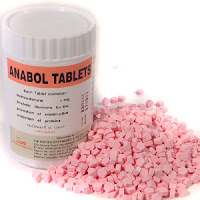 People that take oral steroid medications, particularly children, could be at an increased risk for serious vitamin D deficiency. So says a recent study published in the Journal of Clinical Endocrinology & Metabolism.  Some conditions people take these drugs for are asthma, certain types of arthritis such as rheumatoid arthritis and autoimmune diseases like Crohn’s disease, lupus and multiple sclerosis.

Researchers looked at nearly 23,000 Americans in a government health survey, and found that those using oral steroid medications were twice as likely as non-users to have a severe vitamin D deficiency. Eleven percent (2,530 people) of those on steroids had a vitamin D level below 10 ng/mL–far below the minimum requirement to remain healthy. That compared with five percent (1,150 people) of study participants not on steroids.

associated with the most severe deficiency diseases: rickets in infants and children, and osteomalacia in adults. A concentration above 15 ng/ml (37.5 nmol/L) is generally considered adequate for those in good health. Levels above 30 ng/ml (75 nmol/L) are proposed by some as desirable for achieving optimum health, but there is not yet enough evidence to support this. ~ Wikipedia (as of 10/31/11)

The link was especially strong among children. Steroid users younger than 18 were 14 times more likely to have a vitamin D deficiency than kids not taking the medications.

The authors of the study point out the findings do not prove causality, but this should alert doctors and parents to keep an eye on vitamin D levels of the children taking these drugs.  Something else parents can do is make sure their children are out in the sun as much as possible. Some parents may inadvertently keep their asthmatic kids indoors, but I think this is a mistake. Lots of sunshine is necessary for the production of vitamin D. At the very least, the inhaler should be countered each time with a good vitamin D supplement.

As the severity of vitamin D insufficiency in North America is dismissed, data showing its pervasiveness continues to accumulate.  The smart reader will continue to get plenty of sun-screen free sun, and supplement if necessary (not so for those getting sun daily). And making sure that if you or your child are on oral steroids, you get your blood vitamin D levels checked.