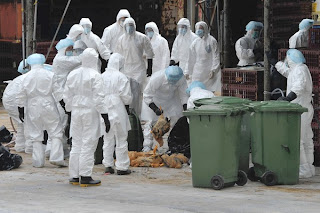 The World Health Organization (WHO) released a strongly worded statement today warning against the dangers of the U.S. government-funded pathogenetic engineering information getting into the wrong hands and exposing the world to a potential bioterrorism threat. WHO said it was “deeply concerned about the potential negative consequences” of the study.

“This is not the kind of research that you would want to have out there,” WHO’s top influenza expert, Dr. Keiji Fukuda, told The Associated Press in a telephone interview.

On the flip side, WHO concerned that all credible scientists should have access to the information. Huh? The U.S. National Institutes of Health (NIH) last week asked scientists at Erasmus University Medical Center in the Netherlands and the University of Wisconsin-Madison to refrain from publishing full details of their work on how to make the H5N1 virus more easily transmissible between humans. 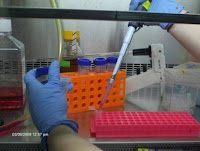 H5N1 rarely infects humans and usually only those who come into close contact with poultry. But among those infected, up to 60% die, and scientists are closely watching the virus for any signs it is becoming more easily transmissible from human to human.

The WHO and the scientific community are concerned about the steps the NIH has taken toward censorship. Many are concerned that this move will keep important information out of the hands of those who may need it, particularly in Asia where preventing a pandemic is of the utmost importance.

Dr. Fukuda reports that WHO has not yet received copies of either group’s research, and he states wisely if not ironically, “I’m hoping that we are privy to as much of the details as possible, but like anybody else one of the questions for us is what kind of information do we need to know.”

Exactly–conundrum 101. It’s a dangerous venture designing pathogens in the lab, but the information gathered, I am certain, will be valuable if need arises to thwart a pandemic. However, there is always an inherent risk when you play with fire; we should know this in the post-Cold War nuclear era. So with plus comes minus, and our need for knowledge can create the very thing we fear–a bird flu pandemic, in this case, but caused by accident or through malicious intent. 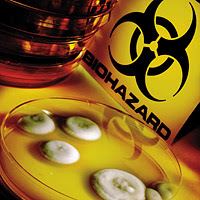 If I told you, though, that we can’t escape conflict, would it have meaning? Listen, I’ve got no problem with the scenario as it exists. The U.S. government funding research to understand H5N1 seems as reasonable as doing so for HIV. Naturally, because of the sensitive nature of the information, it must be classified. It would be a fantasy to think that while we have this powerful knowledge and technique called genetic engineering that we wouldn’t use it. I’ve said time and again, genetic engineering is here to stay. What is important is using it wisely.

Somebody is going to try genetically engineering whatever can be imagined–may as well be under the system that’s based in checks and balances (and before you start with the conspiracy stuff, please think of which nation or organization you’d rather have the information). In that regard, I think the U.S. government and NIH have done right by censoring this information. Can’t get nuke building info easily–it shouldn’t be any different for sensitive pathogenic information. Good job U.S.A.