Message From Mother Nature: WAKE UP! 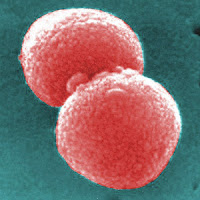 Prick up your ears medical science, Universal Intelligence speaks again. This time via the pneumococcal bacteria which has a nasty little evolutionary habit of adapting to stressors (in this case the pneumococcal vaccine) by changing the makeup of its outer coat. The bug, Streptococcus pneumoniae, or pneumococcus, known to cause childhood pneumonia and meningitis has been a major player in worldwide illness and death since the late 19th century. It is thought to kill over a million young children around the world each year.

According to research conducted at the University of Oxford, the bacterium carries out a little genetic presto-chango by recombining with other, slightly different bacteria, so that the vaccine no longer recognizes it. Nice. Natural selection at its finest, and it shows the incredible intelligence that has permeated life from the start. 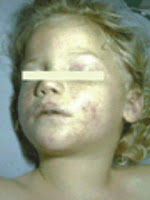 The pneumococcal vaccine works by eliciting antibody production against the polysaccharide coating of the bacteria. By recombining its genes with that of other pneumococcal serotypes, the bacteria successfully renders the vaccine less effective. And this is exactly what happened in Great Britain after it adopted an American formula in 2000 that targeted seven serotypes (different varieties) and was highly effective in preventing transmission from children to adults.

Researchers sought to find the answer to the vaccine’s reduced effectiveness, and through cutting-edge genetic analysis they were able to uncover the mystery. The vaccine has since been replaced with a newer and wider acting one targeting 13 serotypes, but it does show some potential problems of the future. 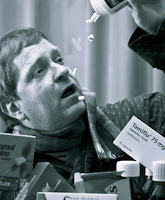 I respect the medical innovation that has led to the development of such useful drugs and vaccines that have provided us with so much protection over the last century. But if I’ve said it once I’ve said it a million times, we rely far too heavily on drugs and vaccines, and not enough on strengthening the human constitution. Antibiotic resistant bugs are directly related to antibiotic overuse—prescribing them for every cough and runny nose “that just won’t go away” is ludicrous.

I still hear numerous people report that they run to the doctor after being sick for “one whole week,” and the doctors give them the drugs. Listen people, let your body do the job! It should be strong enough to handle most routine bugs; but I know the medical profession, pharmacies and drug companies push the idea that this year will be the year that we all die from the flu unless we get the coveted flu shot. WAKE THE EFF UP! Listen to Mother Nature. She’s telling you that all life forms evolve, including microorganisms. We can slow down the need to develop new drugs by not medicating every physical challenge people have. Duh! Everybody has a responsibility on this one.