No Mistakes in the Matrix: Book Review for Counterpoint to Reality

Life is an interesting phenomenon if you actually take the time to think about it. Every one of us has taken life for granted at one time or another, but when one really contemplates life’s nuances, the seemingly paradoxical chaos and order inherent in the universe can be a rather perplexing notion.

Those lines come from a book I have just recently finished called Counterpoint to Reality by Stephen John O’Conner; and my reading it has been just as much a result of synchronicity as the various stories O’Connor uses to illustrate the concept in his book. He and I actually met serendipitously on Twitter, which I am sure is no surprise to anybody who knows me, as it’s a dimension I am prone to frequent. But what is interesting—as Counterpoint does so well to point out—is that in life there are simply no mistakes. This also happens to be my philosophy; so it appears, then, that I was destined to read this work, and also to share it with you.

Let me be upfront and say that I really didn’t think I was going to like this book at first. As I began reading, some of my own views became challenged. For example, many of O’Connor’s stories are of the “spooky forces” type, which are not really my cup of tea. It’s not that I would describe myself as the staunch materialist by any means, but I am wary of any Light Force/Dark Force interplay. But wait! Don’t let that discourage you because, much to my surprise, Counterpoint went way beyond that. What really made the book worthwhile in the end was the beauty in which the author lays out a universal philosophy. He did as good a job as I’ve come across to explain some of the bigger questions that every human being ponders at one time or another: who we are, where we come from, and why we are here…you know, fundamental life stuff.

If I were to describe my life’s philosophy, I would describe it as a sort of vitalistic existentialism; or in plain English: we are more than just material beings operating through neurochemical processes. We are a part of an energetic matrix, and as such, we vibrate rhythmically at varying frequencies, which act to guide us through life—a quantum physical homing mechanism, if you will. We have a certain amount of control over these vibrations, which, in turn, helps us to attract various things into our lives, like people, situations and experiences. And, ultimately, our lives come down to how we perceive the universe, and life itself. 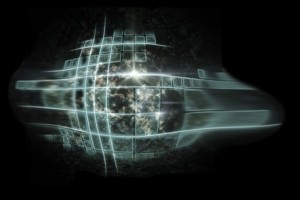 Saying that, I was amazed at how much I resonated with the overall message and philosophy of Counterpoint. Not that I don’t expect others to share in my view—on the contrary, I am certain that people do, as I know many personally—but that it would be expressed so eloquently by someone who has had such a dramatically different life experience than me was really a pleasant surprise.

O’Connor’s life story, as it turns out, is anything but boring; so Counterpoint is worth reading, if even just to enjoy a fascinating ride through one man’s life lived through a quest to find meaning. From a professional music career, to cavorting with American expat dregs, to participating in several psychedelic mind-expanding Ayahuasca ceremonies, O’Connor thrills us at every turn with tales of his spiritual journey.

But, again, it was the wisdom, and philosophy, inherent in his story that held the most intrigue for me. Consider his description of The Path, as the life journey has been called by so many spiritual disciplines:

There is a Path. It’s not outside of us. There is no one who can truly guide us into that Path or help us along its way. There’s also no time limit for making the journey and there’s no one to blame for not finding and walking this Path. After all, we are seemingly alone, not physically, but spiritually. Each of our individual journeys is unique. We travel the Path in silence and with the help only from our inner guides and guardians. There are, however, helpful road signs everywhere. There are tools being made available to us constantly if only we can become aware of them. Often, when we least expect it, a phrase or comment is made that awakens us and stirs a level of consciousness that was unavailable only moments before. Books, movies and magazine articles are seemingly filled with gems of wisdom hidden stories that begin to raise feelings not normally within our patterning. On this journey, there is help and guidance waiting for us. 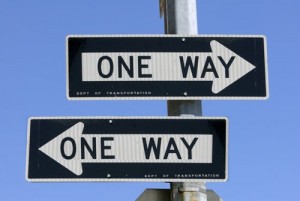 Precisely. As O’Connor explains toward the end of the book there is no “one way.” Everybody has to find their own, and many Paths can actually be taken. It certainly says a lot about the senselessness of religious conflict, and the often fervent drive to prove one way to be better than all others. And it gives the reader hope; hope that as he or she tunes-in to the universal matrix, guide-posts can and will be uncovered along the way. This has certainly been my experience, and in-line with the concept that inspiration is sometimes transmitted to us from sources we’d never expect. That is tapping into the Matrix.

He discusses universalism—our unity with all things—a concept taught by various philosophers and eastern religions throughout the ages. And he makes the connection to the power we all have within us to be the creators of our own destiny, which is something I so adamantly push in my own writings. Says O’Conner:

We can all reconnect with the deep source of everything. There is hope that we can reconnect and then be a conscious part of creation; that we can be creators of a mind-conscious world filled with real peace and real love.

He also discusses karmic debt, as well as the concept that our souls make prearrangements with other souls to interact and evolve in a parallel fashion. Captivating stuff! 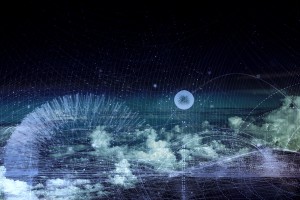 And to my intellectual delight, he discusses the source where inspiration comes from: an information pool that permeates the universe, and from which individuals who have tapped-into this universal resource can download, if you will. He calls this information matrix the akashic records, a theosophical concept denoting a “compendium of mystical knowledge encoded in a non-physical plane of existence,” (from Wikipedia) not unlike the Noosphere, as proposed by Vernadsky and Teilhard de Chardin, the realm of all human thought. Anyone who has ever contemplated where creative genius comes from will find this information fascinating.

But best of all for me, I think, and I am certain you will agree, is O’Connor’s description of what occurs during meditation. I really couldn’t have asked for a better explanation, as to not only how one may shut off the incessant mind-chatter that every novice meditator struggles with, but also as to what one may expect when entering the Void—that abstract realm of nowhere-ness and everywhere-ness, where the ME of the ego discovers the I of actuality.

I loved O’Connor’s ability to vividly describe this realm, the “other” aspect of human consciousness that has led humans to conceptualize a something-more-than-just-physical reality:

After 45 minutes, I was instantaneously projected to a place I can only describe as being in the Void. There was total silence and peace. A magnificent emptiness enveloped me, if I can even say there was a me to be enveloped. I was nowhere and everywhere at once. I experienced the feeling that there was no time. 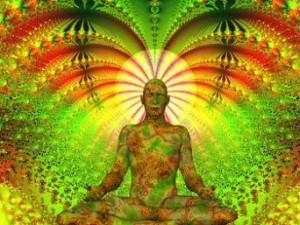 Finally, and the real reason I connected with O’Connor and agreed to read Counterpoint (or so I thought), was his account of attending numerous Ayahuasca ceremonies. I will admit that I have had an overwhelming curiosity to experience this sacred South American psychedelic substance (although O’Connor does not describe it that way, at least not in terms of what we generally associate with psychedelics, like LSD or psilocybin/magic mushrooms). Used by indigenous people of the Amazon for divinatory and healing purposes, Ayahuasca contains the psychoactive substance dimethyltryptamine (DMT), and a monoamine oxidase inhibitor (MAOI), that work synergistically to give the psychedelic, or shall we say, mind-expanding experience.

I chuckle to myself as I explain my so-called rationale behind reading this book, because, again, as O’Connor points out, rarely is the connection of souls along the Matrix a random event. He even remarked to me on one of our first exchanges that, “There’s more to the book than just Ayahuasca.” But in truth, that’s what I really went in wanting to explore.

I was delighted, then, to find both a serious and modern philosophical manuscript in Counterpoint to Reality. Although I have described some of my favorite points of the book, I have really only touched on a small portion of what you’ll find inside. I thus highly recommend picking up Stephen John O’Connor’s first literary gem, Counterpoint to Reality, as I am certain you will find it as enjoyable and enlightening as I have.

I will allow the author to sum up what I found to be the main theme of the book, which he explains so eloquently:

I find it interesting that the Path, or should I say the Path of No Paths is already in play when we are born. The moment we step upon the stage of a new life we enter the Path. Every step we take, every action we perform changes and molds the Path bringing more opportunities to grow toward the Light. Although one can read and research the Masters who have gone before and gain wisdom from their experiences, it’s up to each of us to walk the Path of our own very special journey back to Light. You are on it right now! You have always been on it. Turn it into something that brings joy and love instead of pain and suffering. Use your ability to choose, your ability to create your destiny to shape the path into a positive and healthy form. 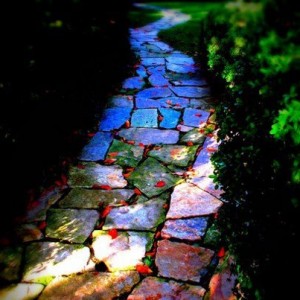 Yes, bravo! There are truly no mistakes within the Matrix. And so I resonated with that concept as I took to reading this thoughtful, and often hysterical, account of O’Connor’s journey. I know now, with no doubt whatsoever, that I was destined to read this book; and I am grateful that I can recommend it with five stars to anybody ready to take the plunge into a pool of universal wisdom. Thank you, Mr. O’Connor, for the Path your Soul chose to follow. Through it all you uncovered much wisdom regarding life and the magnificence of the universal Matrix, and your readers can now benefit from your journey by gaining a little insight into their own.