Christmas: An Essential Ritual for Humanity 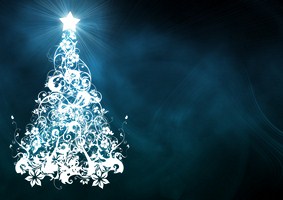 Twas the night before Christmas, and all through my mind, a question began stirring, of what the function the Christmas holiday might hold to the human psyche and development. Now why, I wondered, have we continued to practice this ritual for all of two millennia. No doubt that, for some, a real significance lies in the religious traditions that Christmas is said to represent today. But for anybody who takes the time to look into the history of the practice will find that what we currently celebrate is very different from what has been practiced throughout the ages. This, however, does not mean that in and of itself the ritual of Christmas celebration isn’t important to the human mind and soul. On the contrary, this holiday is one of the most important rituals we have for keeping us attached to our humanity—a necessary undertaking in an era when intellectual and technological advances pose a real threat to human social unity.

The Christmas holiday has its roots in Pagan traditions. Early Europeans celebrated the winter solstice—the point of lowest solar altitude above the horizon—as this time meant that the days would gradually grow shorter and the nights longer. The Yule log was burned in Pagan Scandinavia as a way to celebrate the return of the sun, while some of the foods we consider traditional Christmas fare, as well as the Christmas tree (15th century), came from the early traditions of Germany. The Roman celebration of Saturnalia is where the gift-giving tradition of Christmas began.

Christmas, like all rituals, was an important way to unify people. Many would starve to death during the rough days of winter, when food was scarce, so that groups ultimately learned to cultivate their food and drink, including spirits, and fresh meats from slaughtered cattle, so that the winter celebrations were true feasts to honor a successful harvest. The yearly rhythm of the winter rituals kept people connected to the perpetual cycles of nature—the annual seasons, the changing length of daylight, and the life cycle itself. In this way, the internal clock or biorhythms were set both in the psyche and the physiology, and eventually in the culture as a whole. 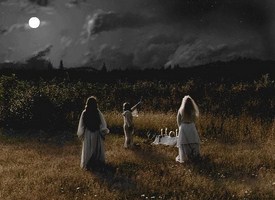 The evolution of the Christian version of Christmas didn’t fully take hold until the 19th century, although it had transformed slowly over the previous two hundred years. But even in this version, which became a little less festive than the earlier celebrations, as they brought the tradition from outdoors in nature to inside the home, it was still a way to celebrate new beginnings—the coming of the Sun—although this Son was now the symbol of divinity, and not merely a cycle of nature. 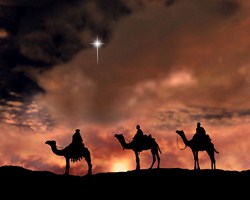 Whichever form of winter celebration we consider, each has held a function of bringing individuals together to strengthen the group. While every person is unique and important as an individual, by virtue of being the planet’s most social species, we derive our greatest powers by working together in groups; and thus a tradition like Christmas, a ritual in its most fundamental sense, strengthens societies and cultures, creating cohesion of beliefs, understanding and gratitude for nature, life and divinity—all aspects of humanity that we can easily overlook in our day-to-day lives.

As civilization advances intellectually and technologically, we become vulnerable to the paradox of being both better connected, yet also more isolated. Man and machine will evolve together as an inevitable consequence of expanding intelligence, but that is where the risk of losing touch with our humanity will be the greatest. It will be so easy to become enamored with our expanding capabilities, to the degree that we may think that the symbiosis of man and machine transcends our natural and divine heritage. But this will be a mistake, because as far as we can surmise, machine intelligence will have the capacity to far exceed our own, rapidly, and we will never know what that might ultimately bring.

Only by keeping in touch with our humanity will we preserve the wits and caution to remain the dominant species on the planet, and thus assure our continued existence. It is in our daily, monthly, and yearly rituals that we best keep connected to our humanity, and unity of species. The great sage Confucius understood the importance of ritual, and he taught it fervently; for through ritual we become and remain virtuous in character. It was his version of maintaining humanity, although I cannot imagine he would have predicted his ideas being pondered in terms of machine dominance. But timeless wisdom is pertinent in any circumstance, and thus the Confucian idea of maintaining and honoring ritual is universal in its applicability.

So Christmas has a function that goes well beyond what we tend to think of it as—it is more than just a celebration, and more than an honoring of a fruitful harvest, or the birth of savior. Like every ritual in which humans engage, it is a way of connecting on a deeper level of unity to one another, to nature, and to our divine essence—to the great organizing intelligence of the universe, and our place within it. This is why our winter ritual of honoring the cycles of life should not—and will not—ever die, because it is a celebration of being a part of the divine nature of the universe. 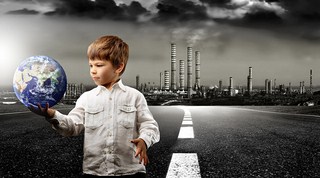 Merry Christmas to all, and to all a good night.