Sound of Love: Book Review for Harmonology – An Insider’s Guide to Healthy Relationships Through Music

The following is an excerpt of the foreword I wrote for Stephen O’Connor’s latest book, Harmonology: An Insider’s Guide to Healthy Relationships Through Music:

Music has played an important role in my life for as long as I can remember. I am sure I am not alone in this sentiment as many of you must feel the same way. Who among us cannot visualize his or her life’s story to the sound of the important music each has resonated with at various points in time? When we think of the greatest influencers throughout history, many have been music makers. So why does music have such a profound influence on us, our lives, and even the world, and on such a dramatically grand scale? It is because music is a primordial sensory archetype buried deep within our collective unconsciousness—that layer of consciousness lying just beneath our personal unconscious awareness, formed by millions of years of evolution, and common to all people. The psychoanalyst Carl Jung called it the lower stratum of the psyche, the source of instinctive behavior, those which come from the constant repetition of universal emotional experiences, like the rising and setting of the sun, wakefulness and sleep, happiness and sadness, conflict and resolution, and the change of seasons. Music, then, has the ability to touch that deeply unconscious part within us, bringing forth an intense appreciation of the beauty of the universal vibrations to which we all resonate. 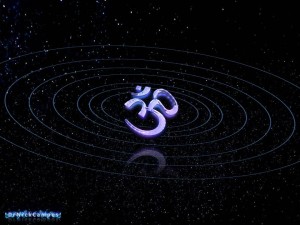 What is this universal vibration? The Vedic philosophies call it Om (or Aum), the primordial sound. According to these teachings, Om is the original vibration, leading to all consciousness and material creation that is the known universe. It is considered the manifestation of God in form. In the sacred Hindu text the Bhagavad Gita, Lord Krishna says to Arjuna:

“I am the father of this universe, the mother, the support and the grandsire. I am the object of knowledge, the purifier and the syllable om.”

In Judaic and Christian religions, the heaven and earth is said to have been created by the Word of God (Logos). From the first chapter of the Gospel of John:

Even modern science has identified this universal vibration, this primordial sound, as the “music of creation.” Regular patterns in the so-called afterglow of creation, astronomers say, were caused by sound shock waves shortly after the Cosmos was born. Scientists have even been able to determine the musical notes associated with these waves. Said Italian astronomer Paolo deBernardis:

Music is thus the archetype of all creation to human beings, and as such represents the most elemental feelings of beauty that reside within us. I would even go as far to say that all living things resonate to sound vibrations, and modern science continues to amass evidence in support of this notion.

So while music as a reflection of the primordial sound may connect us to all living things, another human attribute separates us from every other species: The ability to use models or symbols to expand our reality. Tool making is one such application of modeling, which actually helped separate our early ancestors from similar species that continued to cling to trees. In fact, tool making was one of a handful of skills that rapidly progressed our evolution into the world-dominating species we are today. And our persistent use of models and symbols over several millennia has led to technological advances that have ultimately resulted in the construction of massive civilizations, instantaneous trans-planetary communications, and regular exploration of outer space and the cosmos, along with a myriad of other marvels. 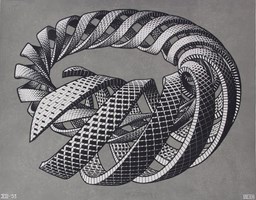 We have mastered this use of symbolism to expand our reality. Much of the advanced scientific thinking of today has started out initially as a model, theoretical at first, but after some observation and testing, the model is accepted or rejected as a reasonable representation of nature. What is Interesting is that we tend to look to nature itself to come up with ideas on how other aspects of it might operate. Call it an understanding we humans have—whether innate or via thousands of years of experience—that we find within nature a number of processes which repeat themselves. By simply looking at the histories of aviation, biotechnology, artificial intelligence and even warfare throughout the ages, we can see how nature has been the greatest influencer on human innovation. It is this ability to describe and understand our universe from the physical, to the mental, to the experiential, by creating models based on known natural processes that have expanded our thinking, and our reality, to where they stand today.

These two themes—the universality of music as a connector to the primordial sound of creation, and the uniquely human trait of using models and symbols to expand our reality—are what have captivated me most by the literary and philosophical work in front of you now. Harmonology: An Insider’s Guide to Healthy Relationships Through Music came to my desk by means of a request from the work’s author, Stephen O’Connor, to take a look at the book and possibly write a foreword. The author and I had met back in 2012 when, through a serendipitous bit of synchronicity, our paths crossed in the virtual universe, specifically the dimension of social media. I speak of our meeting as synchronous because, having read and reviewed his first book, Counterpoint to Reality, I became acutely aware that he and I had been destined to meet. And I paradoxically refer to our meeting as serendipitous because—as I sit here having just finished his current work—I feel a sense of gratitude for the great insights that I have received from the philosophy and model that is harmonology. 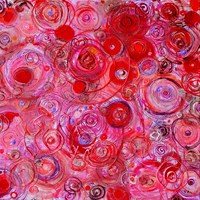 Through this book, and the insights contained within the harmonology model, I am able to see that my day-to-day interactions, my relationships, and my work are all a part of a grand universal symphony, of which my experiences are the individual notes and harmonies that make up the musical masterpiece of my life. By studying this manuscript, the reader will see, as I have, the inherent order in his or her relationships—both romantic and otherwise—through the model of the 12 note musical scale. The author has brilliantly made the connection between the primordial sound and how people vibrate individually, as well as with one another, and has created a reasonable model, through observation and research (albeit small at this time), which seems to support the principles of consonance and dissonance inherent in the rules of Counterpoint (the relationship between musical sounds that are interdependent harmonically yet independent in rhythm and contour)…

I have left the remainder of the foreword for you to read when you pick up this book, and I highly recommend you do so. The information contained within Harmonology: An Insider’s Guide to Healthy Relationships Through Music, will give you valuable insights into your current relationships, your life experiences and yourself. I believe you will find, as I have, that Harmonology is fairly accurate in describing your current, past and even future relationships. Relationships are life’s harmonies and we are the musical notes. Harmonology: An Insider’s Guide to Healthy Relationships Through Music does an exquisite job of showing you exactly how these notes blend together to make up the symphony of your life. I hope you enjoy it as much as I have.