How to Find Bliss in the Awareness of Consciousness 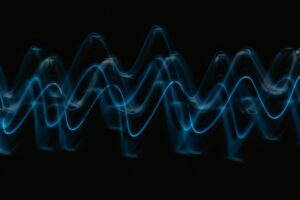 If a tree falls in the woods and nobody is there to hear it, does it make a sound? This long-standing philosophical question is the basis of many theories of ontology, the study of the essence of being. It basically points out the difficulty in determining whether things exist outside of their being perceived. In other words, without an observer, can there really be any phenomena at all?

The 18th century philosopher Bishop George Berkeley thought not: He believed material substance to be an illusion, and that all things existed only in the mind where they are perceived. No perception – no existence. He said:

“The objects of sense exist only when they are perceived; the trees therefore are in the garden… no longer than while there is somebody by to perceive them.” ~ Bishop George Berkeley

The twentieth century saw the advent of quantum physics, which seemed to corroborate Bishop Berkeley’s immaterialism. Quantum data showed evidence that things are not always as they seem. One major conundrum inherent in quantum theory was that particles did not occupy any definitive space, that is, not until a measurement was taken, at which time the particle would collapse to a specific point in space. This collapse occurred due to an interaction called an observation, whereby the measurement, or act of observing, interacted physically with the object being measured, affecting its properties through the interaction itself. Quantum physical observation, by some interpretations at least, appeared to confirm Berkeley’s philosophy: Truly nothing exists materially without it being perceived.

Even Albert Einstein was perplexed by the perception-necessitates-existence puzzle. His paradigm-changing theory of relativity sought to establish locality as the indisputable principle of reality. Locality means that an object is influenced directly only by its surroundings. In other words, an object cannot be influenced by something in another part of space without a wave or particle travelling through space between the two points to influence it. Locality, in a sense, describes a universe where things have their place relative to other things, regardless of who perceives them. Along with localization, Einstein became a strong advocate of the concept of realism, a belief that there exists “a real factual situation,” which is “independent of our observations.” To fellow physicist Abraham Pais, Einstein once remarked. “Do you really believe that the moon only exists if you look at it?” 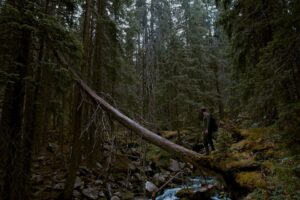 To counter this conundrum, some have turned to an ancient philosophy which proposes that consciousness permeates the entire universe. Known as panpsychism, this viewpoint believes that all things possess consciousness, including inanimate objects such as rocks, clouds, and even man-made instruments like thermostats. This philosophy has iterations in Ancient Greek, Hindu, and Native American thought, among others. It is not too hard to imagine other life forms like lower animals (insects, for instance), plants, and even individual human cells having some form of consciousness. Native Americans expressed panpsychism as a profound reverence for nature, whereby they believed that all natural objects possessed sentience – that they were alive in a real sense. Panpsychism, then, offers a solution to Einstein’s disbelief of perception-necessitates-existence by providing an omnipresent consciousness to act as the observer necessary to maintain a continuous localized universe.

But Advaita Vedanta takes things a step further by pointing out that what underlies even consciousness is awareness. So, while consciousness is responsible for all things physical and mental, those things themselves merely float like waves in the ocean of awareness (which engulfs consciousness, and its constructs, completely). This is an important concept to understand, as some real distinctions separate consciousness from awareness. According to the Yogic philosophy (among others), these differences are what separate the illusions of reality from the truth of actuality. For instance, it is consciousness which is responsible for the ego, or the sense of “I”-ness. Our conception of separateness from all other things in the universe begins with our sense of individuation, or our identification of being a distinct entity. Awareness, on the other hand, knows no distinction or individuation, but only wholeness and syntropy. To be separate from the rest of existence is an illusion, while a cohesive oneness with all things is the truth of actuality.

Both the conscious and unconscious minds exist in awareness, as well. They are not separate entities, despite their very monikers delineating the mind’s isolation of one from the other, while focusing conscious awareness on only half the equation. Nonetheless, what the yogis call awareness, or the Absolute, is the totality of all that is; it is what they describe as beyond existence. Nisargadatta Maharaj said of awareness, “It is the changeless reality itself.” 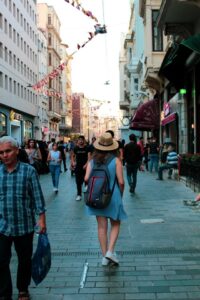 The ultimate message from all this is that there’s no real separation between us and the rest of our experience. We are literally one with the people in our lives and everyone we encounter –what we might call a form of quantum entanglement. We are also one with the world in which we walk, such that everything we perceive as being “out there” is actually a reflection of what we have inside us. So the statement, “We don’t see the world as it is; we see it as we are,” is a truth we would be wise to acknowledge, like the idealists and various interpreters of quantum physics had before us, that nothing exists outside of our perception. And thus, every experience we have is in actuality a dynamic in which we are a player along with other people, things, and experiences of the world. This is in stark contrast to the perception of an “individual acting within the external world” in which things simply “happen to us,” an illusion of conscious reality. When we shift our perceptual understanding in this way, pain and suffering which we experience from the vacillations of isolation/togetherness, winning/losing, successes/failures, pleasures/pains, and people coming/going ease away. We come to a certain knowingness of the importance that every person, thing and experience plays in the unfolding of our magnificent lives.

Consciousness really is at the heart of our worldly experience. And the life we create is a function of our consciousness in complete alignment with our underlying awareness (conscious and unconscious together as a whole). Meditation, as a tool, gives us an outlet for which to go beyond consciousness, beyond the “I,” and beyond ego attachment. It allows us to bring the unconscious and conscious into complete wholeness, the inseparable state of awareness. You will never fully understand the body, mind, or consciousness until you go beyond them into awareness. Know the source of all experience, which is in yourself, and you will find no question left unanswered. This is what leads to bliss.