Parenting Tips for the Uncertain Feel Good T-Shirts Are Here!


Last post I discussed the difficulty some parents have with guiding positive change in their children’s behavior with regard to health. For instance, when facing the task of limiting television time, many parents of overweight and obese children lack confidence in laying down the law. 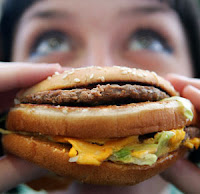 I believe that uncertain parents simply lack a strategy, so last post I outlined a practical strategy for limiting T.V. time for children. It’s fair, and it’ll work if parents can stick to their guns. But like I pointed out in the post, it might be harder to implement with teenagers, as poor habits get harder to break the older kids get.

As promised, I’m posting some tips on establishing healthy eating habits for families. This was another area parents of overweight and obese kids lacked confidence in implementing. Some basic rules apply* when it comes to eating well, and they are:

That’s it. Simple. But, as I’ve said before, this will be much harder to implement with teenagers. Teens have enough independence to make their own food choices throughout the day. This one simple fact may make it impossible to completely change their bad eating habits–the same one we’ve all had at that time in our lives.

But it’s the little kids we can influence. They may still move toward unhealthy diets as teenagers, but I guarantee you by the time they go to college they’ll remember what you’ve taught them as children, and return to eating that way. Guaranteed.

So that’s a lot of responsibility you have parents. You can be soft and uncertain, or you can be firm and certain that you are teaching your children good habits which will last them a lifetime. Your decisions now, as well as your challenges, will shape their future. They’ll thank you for it one day. I’m certain of that.

*For a more comprehensive list of healthy eating tips, read my book, The Six Keys to Optimal Health.