Fowl Use of ‘Natural’ Label

Natural or natural-like, which would you prefer?  More importantly, how should manufacturers be allowed to label their products if they are, say, pretty-much natural?  That is the question currently facing the chicken industry and U.S. government as chicken producers duke it out over use of the word “natural” in food labeling.

The U.S. Department of Agriculture (USDA) has a policy of allowing the term “natural” to be applied to any product not flavored artificially or preserved with chemicals.  OK, so far so good…but wait…it doesn’t have restrictions on chicken injected with water, salt or chicken broth, a common practice for many of the biggest chicken producers in the country.

Big chicken manufacturers like Tyson Foods and Pilgrim’s Pride use such techniques to make the chicken juicier or more flavorful.  But other chicken producers like Perdue, the nation’s third largest poultry producer after the aforementioned two, are crying fowl.  They believe the use of the term natural should not be applied if any ingredients are added, period.

“Our labels say natural or all natural only if there is nothing added,” Perdue spokesman Luis Luna said. “Under no circumstances is it acceptable to label poultry that has been enhanced with water or broth or solutions as natural, or all natural.” 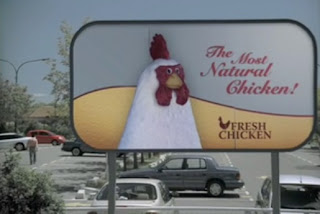 Perdue has joined a group called the Truthful Labeling Coalition, which has hired a lobbyist and launched an advertising campaign.

Part of the issue for consumers is that some people have illnesses that are sensitive to salt, and therefore neglecting to label salt-injected poultry could be problematic.  Further, proponents for stricter regulations on food labeling feel that transparency is best to allow consumers to make best choices for themselves.

“We offer both 100 percent natural enhanced and non-enhanced fresh chicken,” Rhodes said. “It really depends on what the customer wants. It’s all about choice.”

Hmm….and now the government is getting involved (they actually do something useful?…sheesh, I was starting to get worried).  California Sen. Barbara Boxer has called a press conference for the USDA to “immediately prevent sodium injected chicken from using the ‘natural’ label and require all poultry producers to identify added ingredients in print large enough to ensure that consumers can make informed choices.” 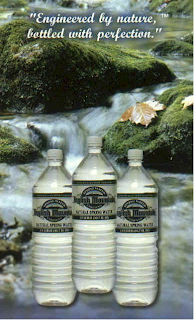 I have got to side with Sen. Boxer and the truth in labeling crowd.  It has been apparent to me for years that companies are simply jumping on the wellness bandwagon because it sells products (check out my great podcast on the subject).  Whether or not they actually sell healthy products seems incidental.  Tag it with “natural”–big market there; we’ll sell a bundle.

I think it’s important for consumers to keep their own eyes open.  Don’t trust manufacturers to give you all the information you require.  For instance, bottled water companies have no restrictions preventing them from attaching pictures of mountain springs to their product even if the water comes from a basement tap.  And many companies use the term “natural” very loosely.  Sorry, but it’s the consumer’s responsibility to be on top of what’s in a product because…it’s your health.

Saying that, I do think regulations should be tighter on food labeling.  I have no problem with companies selling crap in the guise of food.  Just be straight in what your ingredients are so we can all know what kind of crap we are buying.  If that means restricting the use of the term natural, similarly to what they’ve done with the term “organic,” then it seems fine by me.

Other than that, buyer beware.