ADD Dissected ADD: Another Notch on the Medical Model

Hx ADD: The Best With What They Had


Welcome me back from the dead, with a long awaited followup on ADD.  As I’ve threatened, I’m going to touch on several aspects of ADD in the next few days, starting here with a brief history of the “disorder”. 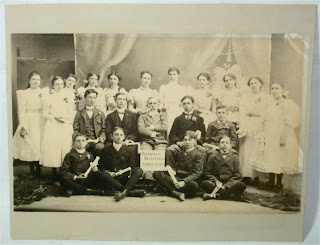 ADHD was first classified in the 18th century by Scottish-born physician and author, Sir Alexander Crichton.  He described what seemed to be a mental state of inattentiveness that he called “mental restlessness”.

His words: “When born with a person it becomes evident at a very early period of life, and has a very bad effect, inasmuch as it renders him incapable of attending with constancy to any one object of education. But it seldom is in so great a degree as totally to impede all instruction; and what is very fortunate, it is generally diminished with age.” (emphasis mine)

He suggested that children afflicted with this restlessness, or fidgets, should obtain special education and that it was apparent that these children could not focus no matter how hard they tried.  Again his words: “Every public teacher must have observed that there are many to whom the dryness and difficulties of the Latin and Greek grammars are so disgusting that neither the terrors of the rod, nor the indulgence of kind intreaty can cause them to give their attention to them.”

Yeah, no kidding.  And that’s a disorder?

The classification continued to grow in the twentieth century, as one British pediatrician gave a series of lectures to the Royal College of Physicians in London under the name “Goulstonian lectures” on ‘some abnormal psychical conditions in children.’ The doctor’s name was Sir George Frederick Still.

Dr. Still described 43 children that were considered to have serious problems with “sustained attention and self-regulation, who were often aggressive, defiant, resistant to discipline, excessively emotional or passionate, which showed little inhibitory volition, had serious problems with sustained attention and could not learn from the consequences of their actions; though their intellect was normal.”

He further described these children as having a certain “moral defect” without a general impairment of intellect.   Make note, he was describing Moral Control–a “control of action in conformity with the idea of the good of all.”

Still proposed a biological predisposition to this behavioral condition that was probably hereditary in some children and the result of pre- or postnatal injury in others.  Keep that in mind–it will come up later.

ADHD was not the original term given to this condition.  In fact, it has had several in its long history including “minimal brain damage”, “minimal brain dysfunction”, “minimal brain disorder”, “learning/behavioral disabilities” “hyperactivity”, and the aforementioned “Defect of Moral Control.”  ADHD wasn’t used until the mid-20th century, and the definition has grown to such a degree that now there exist three subcategories, one of which is the disorder without hyperactivity.  In fact, the entire description of ADHD–which has been labeled one of the “best researched disorders” in all of medicine–has changed so often that it is a wonder the current definition has stayed intact for the last sixteen years (concomitant drug-therapies have a way of doing that)

Looking at the history of ADD, it is easy to knee-jerk a “but of course it’s a disorder” reaction out of most people.  I mean, come on–how could anybody doubt modern science?  Except for one problem–the science doesn’t show all that much (for a later post).  Oh, no doubt, children…er, people…have a difficulty focusing at various moments or during certain activities, particularly those “to whom the dryness and difficulties of the Latin and Greek grammars are so disgusting.”  No kidding.

Categorizing this normal functioning of the human brain a disorder was understandable during a period when “conformity with the idea of the good of all,” was more than a virtue…it was a freakin’ law whether in the books or not.  Any behavior considered morally defect might lead one into an insane asylum, or even subject to a number of “medical treatments” that today we consider barbaric (think lobotomy).

I in no way wish to suggest a conspiracy of sorts…but modern science did what it could with the information it had available.  And at the time, it was best to consider any deviation from “normal” behavior a disorder.

But today we know better.  Many people have different ways of learning.  Some are labeled with one learning disability or another.  Perhaps the so-called learning disabled just have different processing styles.  That was my experience working with learning disabled kids at UC Berkeley.  Most came from Montessori schools where individual or self-directed learning is emphasized.  Once these kids came into the stringent learning models that predominate in our educational system, they began failing.  These kids were geniuses–they just needed different methods to help process material.

One reason ADD has had such a long history, I believe, is because it is a normal physiological variant.  Clearly, as the pioneers in the classification of this disorder pointed out, there is usually no deficit in intelligence.  No kidding.  From personal experience, I assure you I could have been labeled ADHD at many points in my education, but they weren’t doling out the drugs at that time the way they are now.

Further, despite being one of the “best researched disorders,” to date, no clear solution has been found to combat this disorder that afflicts “3% to 5% of children globally.”  Why?  Because we all have an attention deficit when we are not inspired by something we are forced to sit through.  They will never find the chemical cause because like depression, chemical changes are the result of a brain state, NOT the cause.

Yes, the experts had to propose a biological cause, because they could find no mental construct that explained the disorder beyond a “Defect in Moral Control.”  Whereas sodomy could be pinned on sexual deviancy, and thievery on a criminal defect, lack of attention had to be biological.

Conformity to societal norms was then, as it still is now, of the highest tenor (debate someone on this issue to get my point), and as such, the inability to do so in the educational structure was a defect without defense.  It was unfathomable that it might be a defect in the structure itself.  More to come.