Not the Same; A Bit Worse 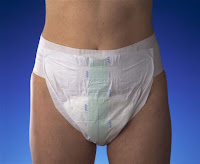 Listen up, people, to words of wisdom:

“Any intervention that you do to a patient, whether it be surgical or radiation, is never going to make the person (function) better than they are at the present time.” ~ Dr. Tracey Krupski, an assistant professor of urology at the University of Virginia

This statement was in reference to a recent study of 152 men that underwent prostate removal surgery (some only partially).  The men were counseled to educate them of the risks, like erectile dysfunction (ED) and urinary incontinence, and surveyed before the surgery.  The survey questions asked about their expectations of urinary, bowel and sexual function a year post-surgery. 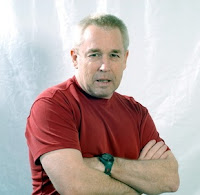 Daniela Wittmann, the sexual health coordinator in the urology department at the University of Michigan and a researcher on the study, said doctors are unable to tell patients specifically how well they are likely to recover their urinary and sexual functions.

“We can only (inform them) in terms of overall statistics, we can’t predict for the individual man” how well he will recover, Wittmann said, “which means that, if in doubt, people tend toward being hopeful and optimistic.”

Duh!  Not that knowing the risks to sexual and urinary function should, or would stop men from getting the surgery; but what’s important to me is that I’m sure most people feel this way with any medical intervention.  Sure, we can call it hopeful…but we can just as well call it misguided.

Far too many people think the progress of modern medicine is such that we can be made ‘good as new’.  Some even believe that we can become bionic–better, stronger, faster…c’mon, geez!

Let me reiterate what the good Dr. Krupski said: You are never going to come out of a surgery or radiation the same or better than you were before.  Duh!  This ain’t science fiction, people!  I know, I know…you saw it in a movie…not there yet!

Listen, you gotta have your prostate removed, so be it.  But elective c-sections, ass-implants, low back surgeries, two, three, four carpal tunnel surgeries, double mastectomies, hysterectomies—what the f….????? You better understand that the minute your tissue is cut–YOU AREN’T THE SAME!

I see it everyday in my Los Angeles chiropractic practice: people coming in following a bad auto accident, and we work hard to get them back to one hundred percent.  How many do we actually get there?  Not many.  Trauma is trauma.  Cut the flesh…it ain’t a paper cut.  I had an appendectomy five years ago–I’m not the same; wiser but not ‘better’.  That’s a fantasy, peeps.

Let me spell it out:  If you’ve got a choice between letting the innate healing ability of the body do its thing, or removing a body part, think hard.  Looking at enhancing yourself surgically, think hard.  Doctor recommending a ‘routine’ surgery, think hard.  That’s all.  If you still decide to go for it, and they have you take a survey…check the box next to, “not the same; a bit worse.”