You want me to let you in on a little secret? It’s called dumb doctoring. Here’s how it works: Patient comes into doctors office with symptoms. The symptoms are of a normal physiological process gone awry. Doctor prescribes medication to relieve the symptoms, ignoring the cause (usually a faulty lifestyle habit). Patient gets relief as long as the medication is continued (lifestyle drug), but then develops more symptoms related to the long-term drug use. The patient goes back to the doctor with new symptoms…and gets more medication.

But where does it end?

Well let’s see. How about I finish the story like this: Um…study comes out…yeah, uh…showing that…the medication used to treat initial symptoms…uh, increased the risk of hip fracture! Yeah, that’s it–better than a freakin’ movie of the week, because IT”S REAL!

A recent study shows that women who take popular heartburn and indigestion medications (read: commonly prescribed) may put themselves at a higher risk for hip fractures. Long-term use of proton pump inhibitors (PPIs), may increase that risk by 35-50% for current or former smokers. Prilosec, Nexium and Prevacid are some examples of these heartburn/indigestion medications.

Dr. Hamed Khalili, clinical and research fellow in gastroenterology at Massachusetts General Hospital in Boston, and lead researcher of the study says that postmenopausal women, particularly with a history of smoking should be closely monitored on these drugs. These results coincide with a recent FDA revision of labeling of PPIs “to incorporate concerns about a possible increase in risk of fractures with these drugs,” he said.

Khalili’s team looked at over 80,000 postmenopausal women over the course of eight years, from 2000 to 2008, and found that nearly 900 hip fractures occurred–with a 35% increased risk for women using PPIs compared to women who didn’t take the drugs. And the increased risk of fractures among women who smoked was even higher, reaching 50%. The longer a women took a PPI, the more her risk increased.

But back to dumb doctoring. The data showed that the number of women in the study taking PPIs increased from 6.7% in 2000 to 18.9% in 2008. Duh! Couldn’t the dumb doctors have gotten the numbers higher than that?! Consequently, the researchers expect hip fractures to rise even further in upcoming years.

What’s so laughable about this story is that it’s simply an everyday occurrence in the world of modern medicine. The story I described above is the way it’s done in 99% of medical practices in the country (g’head, prove me wrong). The only fools not seeing it are the doctors themselves; so blinded are they by their backwards ideology.

Listen, drugs are useful–but in moderation! Short-term drug use is best, Trapper–not a freakin’ decade-long habit. Duh! But that’s what we call dumb doctoring here in the western world. Most indigestion and heartburn issues are diet related. The body responds to foods it doesn’t agree with (or activities, like lying down immediately after eating, or smoking) with acid reflux. The long-term answer is not drugs! On the contrary, it’s finding the real cause and correcting it. But oh no…that would be far too much work, wouldn’t it? 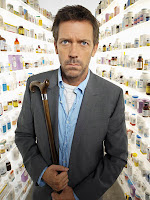 And when patients return with more symptoms…? Why, let’s give ’em more drugs. May I repeat…DUH! And people of the general public you are not off the hook, either, because you don’t ask yourself why? Why does the body respond with heartburn for months…years? You think it’s normal? You think you just don’t have enough drugs in your body?

I know that not everybody cares about maintaining health–that many people want to just live their lives and deal with their illnesses as they come. I get it–I really do. But I also know that some of you reading this do care about your health, because it allows you to live more fully; it allows you to do the things you love. So this post is really for you. If you have symptoms lasting for more than a couple of months, then just understand that you are disrupting your body in one way or another. No biggie–find out what it is and make the necessary changes, that’s all. But understand that if you ignore it; or worse if you ignore it by quieting it with drugs, but never really solve the problem, then you will pay later. And not that much later, either.

As for you dumb doctors–whoops, your bad. Maybe no one will notice…