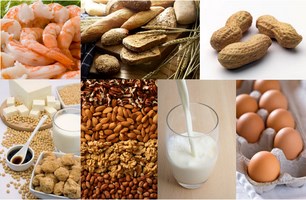 Several months ago I wrote a post on food sensitivities, and how I believe this ubiquitous human trait to be at the root of the inordinate amount of digestive disorders plaguing the US and much of the western world today. I would like to take this time to explain the process by which I believe food sensitivities move from a source of irritation, to symptoms, to chronic conditions, to frank diseases over time; and I will also discuss how this process is currently dealt with by the mainstream medical machine (your doctors). Once I am finished, I think you will clearly understand why I think this dynamic is what’s really leading to the explosion of gastrointestinal (GI) disorders in modern society.

As I have explained before, I believe that every person on this planet is sensitive to a variety of foods. These sensitivities differ from individual to individual. They can be as unique in their totality as the person possessing them. Some people are sensitive to nuts, some to dairy and others to shellfish—yes, your typical food allergens; the one’s that medical science recognizes and even tests for. 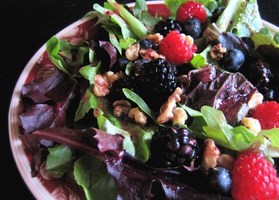 But some people are sensitive to foods that modern medicine would never consider causative agents in your typical GI disorders. Berries, melons, leafy green vegetables, chocolate, mint can all be disruptive to some people. I know—I happen to be sensitive to every one of these foods, each causing me symptoms that over time can become quite serious (I’ve done the research). And I have seen everything from chicken, to blueberries, to tomatoes cause symptoms in my children. Now while I believe that food sensitivities vary among people, I am quite certain that they follow a pattern of inheritance. One of my children definitely shares my sensitivities, while the other is similar to her mother, a food sensitivity body-type inheritance if you will.

I wish to be clear that I am not talking about food allergies here, which are a very distinct type of immune reaction to undigested proteins. The body sees these proteins as foreign and, as a result, goes on attack. This is precisely what medical science looks for when they do food allergy testing. The foods typically known to cause allergic reactions (some life threatening, like anaphylaxis) are eggs, milk, peanuts, tree nuts, seafood, shellfish, soy and wheat (the “big eight”).

Food sensitivities, however, are somewhat controversial among medical professionals (particularly in the UK and Netherlands), and thus do not show up on the radar of most medical doctors. Although I know a handful of rather open-minded and wise docs, I am certain that most shrug-off the notion that food sensitivities are primary causative factors to many GI symptoms epidemic in modern society. This is a big mistake. 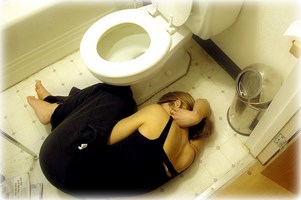 After consuming a food that one is sensitive to, the body can respond in a number of different ways. My observation is that there exists a sensitivity spectrum within each person, such that some foods will cause a worse reaction than others in a person. For instance, I can actually have a few berries here and there—a blessing as I absolutely love them—and an occasional green salad won’t bother me too much, despite the fact that I can barely digest lettuce (I’ll spare you from the gory details, but let’s just say my body removes it as quickly as possible). Too much of either, however, and I get heartburn (acid reflux) and watery stool respectively (Sorry! Some gory details are necessary). Pork is another food I must be cautious with. While I love salami, more than just a little leads to some serious heartburn for me, which can last as long as a few days. Chocolate, on the other hand, hits me hard: I’ve had multiple episodes of severe gastritis, which on at least one occasion had sent me to the ER, where I had my healthy appendix graciously removed (because the notion that food sensitivities might be leading to a severe case of gastritis just wasn’t in the playbook [read: consciousness] of the staff there).

All of these GI symptoms—from the minor to the severe—are simply the body’s attempt to remove an ingested food item that is acting like a poison to that body-type. I will admit, though, that I do not know the exact mechanism of the food sensitivity reactions. That will be for medical science to figure out once they finally acknowledge the prevalence and etiology of the phenomenon. But I am rather confident that most GI symptoms are the body’s intelligent response to the ingestion of a food which is an irritant (in the case of foods which lie on the milder side of the spectrum) or toxin (chocolate in me) to that body.

Think about it: Halitosis, hiccups, heartburn, excessive gas, bloating, cramping, nausea, constipation, and diarrhea—all are symptoms of the body trying to either remove an ingested food item, or the effects of that item being digested incompletely. But since your average medical doctor will likely not consider food sensitivities as a factor in your GI disorder, what do you think happens? Yes, he or she will go into the standard medical playbook, consider the symptoms only, and prescribe a treatment based on the severity and duration of those symptoms. Short-term and mild GI symptoms (those on the lower end of the spectrum) will get medicated, while the more severe and chronic cases will receive first a bevy of diagnostic testing (to observe how your physiology is changing—think endoscopy and colonoscopy) and then either medication, surgery or both. No doubt some docs will consider diet to a slight degree in your case management, but rarely will they do so as a serious or long term approach. And that’s where the real fun begins.

So the patient goes home with his or her medication and goes back to business as usual. You see, the rationale behind the medical approach to GI disorders, in general, is that it’s due to a genetic predisposition. In other words, they believe that by chance one just overproduces gastric acid leading to reflux; or by poor luck of the draw, one’s intestinal motility lags, so digested food is passed through the system slowly (causing constipation). The answer, then, is to overcome this genetic defect in physiological function by prescribing a powerful chemical substance. So essentially the medical message is, “Sorry you’re just one unlucky sucker, but you’re also lucky because we have the solution—medicine!” Now does this message really make sense? 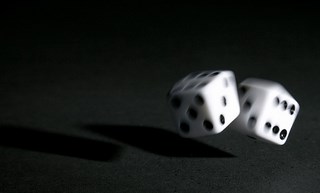 Try applying that logic to any other physical phenomenon and you will see how truly pathetic it is. It’s akin to believing in spirits, and you know how science feels about that… This belief, which unfortunately has been infused into the consciousness of the general public, leads to symptom suppression, which works for a short time only, since the actual cause of symptoms has not been addressed. Ultimately, the body will work hard to overcome this suppression, because symptoms are not only the body’s response to insult, but also its communication—a way of letting us know that something is wrong. In this case, digestive symptoms are our body’s way of letting us know that we are poisoning it. And how does the human body overcome medicinal suppression—by increasing its physiological response, which in turn, increases symptoms.

So in practical terms: If you take heartburn meds for long enough, your body will fight back with greater heartburn. If you take antiflatulents, anti-diarrheals or anti-constipation meds long-term, then just watch your body rebound with even worse flatulence, worse diarrhea and worse constipation, whatever the case might be. Don’t believe me? Then go for it, but if you’re wise you’ll just take a look around you at all the people suffering from digestive disorders, and you’ll see them playing out the exact scenario I am describing. 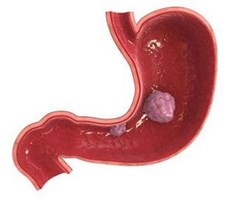 Over time this cycle of increasing GI symptoms, to suppression with medications, to even worse GI symptoms, to suppression with more potent medication, to even worse symptoms, is what I believe is the precursor to serious GI diseases—things like Barrett’s esophagus, stomach cancer, acute pancreatitis, cholecystitis, gallstones, Crohn’s disease, and colon cancer. I’m fairly confident that every one of these disorders results from repeatedly eating foods that the body is sensitive to, and ultimately, they act as a form of poison leading to pathophysiology and frank disease.

I’d like to finish by asking two final questions: One, do you really think pharmaceutical scientists, medical doctors, herb pushers or anybody else selling an outside-in remedy for your digestive disorders is smarter than your own body? And two, do you really think that the random chance, crummy luck of the genetic draw explanation for the prevalence of digestive disorders in the western world makes more sense than the innate intelligence of the body communicating through symptoms explanation? I thought so. Listen to your body.