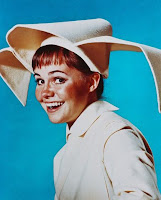 I just happened to see this commercial on T.V. today for an osteoporosis drug being plugged by The Flying Nun. I have to say, it got me a little PO’d. Here’s why: The opening line is a blatant distortion of the truth, and with a little investigation, one will find that Ms. Sally Field isn’t being exactly honest about her story, either. But, distortions are precisely what these commercials are geared for…to sell more drugs.“I always thought calcium and vitamin D and exercise would keep my bones healthy, but I got osteoporosis anyway, so my doctor started me on once a month Boniva…,” is how the piece begins. Hmm. As far as I was taught, that’s exactly what women must do to prevent osteoporosis. Was there something I missed in doctor school?

Let me do some fact checking, I thought.S

ally Field, also known as Norma Rae, was diagnosed with osteoporosis in 2005. She was, according to her own accounts, a regular exerciser. But did she really keep up with the nutritional requirements necessary to prevent the bone-thinning disease? Not according to this article on WebMD, which discloses that her vitamin D levels were, in fact, LOW!!! Thank you, I thought so.When I saw the commercial, the first thing coming to mind was that people who don’t know better are going to think that their current preventive routine of good diet and exercise isn’t enough. And in truth, if you are missing a step—women or men—you aren’t doing enough. You must take daily calcium (1,000 mg for women under 50, and 1,200 mg thereafter), daily vitamin D (1,000 mg) and do weight bearing exercises regularly (so cardio alone is not enough, ladies). Asian and Caucasian women are at the highest risk, but don’t be fooled my African American and Hispanic sisters, you can get osteoporosis, too. Pharmaceutical companies want you to question what you are doing currently, so that you will go ask your doctor if you need Boniva (way too many people asking their doctors for drugs by name these days). That leads to the greatest amount of drug sales. It’s called DTC (direct-to-consumer) marketing, and we know it works. Pharmaceutical sales have skyrocketed since the practice started. From Source Watch:

And the use of celebrities, and now celebrity doctors, increases the likelihood that consumers pay attention to a drug campaign; thus the use of Gidget in GlaxoSmithKline’s Boniva commercials.Now you might say, “Isn’t DTC better for public health, to become better aware of illnesses and to catch them early?” To that I’d say, “Catching illness early is always better than catching it late, but prevention is even better. And best of all is living a lifestyle that promotes and maintains good health. That is done by getting proper nutrition, hydration, rest, exercise and bodywork, not by taking drugs.” 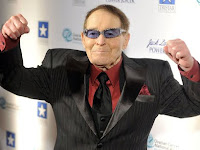 Taking drugs is useful as a last line of defense. But the pharmaceutical industry, and let’s face it, the entire medical paradigm, pushes drug use as a first line of defense. Oh, they’ll pay lip service to healthy behaviors, but that’s all they’re doing. Nobody is paying Jack LaLane big bucks to sell gym memberships (yes, I know, but the juicers are his).So I appreciate Nora Walker’s dedication to fighting osteoporosis. But being dishonest about her experience to make the story sound better and get people to ask their doctors about Boniva, a post-menopausal osteoporosis drug, isn’t helping the public health at all. It’s simply perpetuating an already faulty paradigm that has people trying to maintain their health from the outside in, instead of the inside out, the way it’s supposed to be.