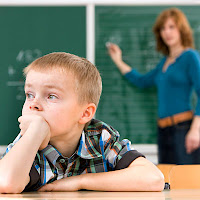 Last post I described a phone conversation between me and a fifteen-year-old boy that called asking about ADD drugs.  When I explained to him how drugs like Ritalin and Concerta are essentially speed he asked what he could take as an alternative.  I said it depends on what the person you are asking believes about the label “ADHD.”

“Well, for instance, some people, myself included, don’t really believe that ADHD, as it’s defined, is a disorder.  The inability to concentrate, being disruptive in class, or any of those other things that irritate teachers are characteristics we all have when we aren’t inspired by something.  It just tells me that the kid labeled as ADHD isn’t inspired in school.  That says a lot more about teachers than children in my book.”

“Exactly.  But I’ll bet there are things you do that you have no problems concentrating on.  What do you like to do?  What do you love?” 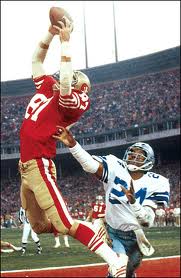 “What’s your position in football?”

“So when the ball is snapped, and you’re going after that quarterback, ready to crush his skull…are you thinking about something else?”

“So you don’t have ADD when you’re playing sports.” “Everybody has ADD when they are forced to do something they are uninspired by.  When you are in school, you are likely uninspired.  Unfortunately for you, you’ve got to go to school until you are eighteen–that’s the law.  In the meantime, find what you love and do it.  And when you are old enough to make your own life decisions, do what you love, and do it well.  You’ll be more fulfilled that way.”

He got it.  I don’t believe there are any dumb children.  But I do believe that there are plenty uninspiring teachers out there.  Maybe they’d be better labeled babysitters, because if they are not inspiring every one of their students, then they are failing as teachers.  In my opinion, teaching is finding what the student loves and showing them how the subject matter relates to what they love.  Give me a room full of football players and I will teach them every math concept under the sun.  All it takes is teacher creativity.  But we all know that’s lacking in our schools…we’ve all been there.

That wasn’t my experience in college, however.  I was so lucky to have outstanding and highly creative professors.  My college algebra teacher was a comedian and a genius.  Nobody finished that class without a basic understanding of math and a hell of a lot of laughs. 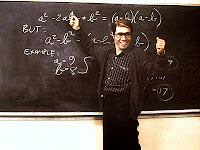 Just watch the movie, Stand and Deliver, to understand what I’m talking about.  Teacher Jaime Escalante, “is able to win over the attention of the students by implementing innovative teaching techniques, using props and humor to illustrate abstract concepts of math and convey the necessity of math in everyday lives.” ~ from Wikipedia

No, I’m not buying into ADHD one iota.  Find what inspires a kid, nurture it, and use that to teach them academic concepts, and that kid will thrive.  Giving them doctor-prescribed speed drugs is a cop out.